A former schoolmate of mine was always chatting & posting about
something called the SCA, so yesterday I finally decided to look it up & see what that was all about.

So far, I've learned that SCA stands for the Society of Creative Anachronism, they have members all over the world (well, most of the world anyways), & they're devoted to recreating crafts & skills from before the 17th century.

Which, as someone who recently went through a medieval baking phase & who also knows that any foray into knitting is going to inevitably lead to an attempt at spinning their own yarn, I'm pretty intetested by this.

There was a thunderstorm last night & it sounded absolutely awful. I kept checking the Accuweather page, because it seemed like there'd be a tornado watch or warning but there wasn't. There was a flash flood warning though. Which, nobody wants to see that either. Hurricane season hasn't even started yet, & we still haven't forgotten about Hurricane Harvey. Heck, I still haven't forgotten about Hurricane Ike, or Katrina.

I finally went to bed at about 3AM or so.

Okay, so we didn't get to have any cutesy #Hacy date scenes after all...( Collapse )

Rupert Evans directed the episode too, & did quite well, I might add.

Even though this show did Galvin wrong (seriously, did they even mention him at all this season?), I'm excited to see what's in store for Hacy. I hope we get to see actual dates & to watch their relationship build. 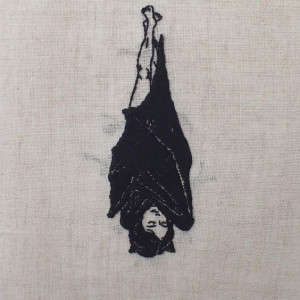 I saw this trailer a few years back & have been waiting for a release date ever since.

tbh I was starting to think the project had possibly been dropped altogether.

Then this past week, this trailer dropped & y'all- I am psyched!

I know how I'll be spending my Friday!

Do you have any plans for the weekend?

I was going to finally start watching GH again...but not if they're going to replace Michelle Stafford as Nina.

So I finally watched the last few episodes & y'all, I cried so hard.

It was soo good 😭

Needless to say, I can't wait for the next season ❤
Collapse